What is the point, may I ask??

Political LEADERS shooting off statements...riots following the same..Innocent people getting killed..What has my beloved City come to?What on earth does he mean to imply by saying that Marathi speaking populace should be given preference,outsiders shouldnt be allowed to function or pursue their trade n commerce in Mumbai??..Does he realize what he has been implying all along?What his statement translates into is, that these people are too weak to support themselves, rather..they cant compete..n in case of any external competition, they fail to thrive or survive..I'm not saying this..Its him who means all this.Look around...n just think for yourselves...a creeper needs a support, a big tree can stand on its own...Why are people hell bent on insulting their own race? Its upon us to prove our mettle...n any1 works towards it..earn it for themselves..Isnt that true for every race???

I'm born n brought up in Mumbai..Doesnt that make me a Maharashtrian?Its my home, an everyday reason to live for..
Inspite of the multitude of opportunities to hopskotch out of the city & build the economy of other states, I chose to be in Mumbai, because I want my home to benefit out of my skills..So is this a price for being in love with Mumbai??

Divide n Rule..Britishers did it then...n our OWN Leaders are doing it now..Not again...not TO our melting cultural pot of diversities all delicately cast in 1 matrix, called Mumbai.
When Ms Williams was on her way back to earth,there were prayers echoing from all parts of India...inspite of she not being an Indian Citizen..we all still believe in her Indianess..cuz..when u search the roots(not just of her culture,but also of her own self)..it is found in her..How then can people who have left their families, trades,their comfort zones,courage...all behind..n have come to our city n embraced it with their all heart n soul...not be Maharashtrians?Arent they daily contributing to our city n catering to the needs of our people.. ???

we all value and cherish the diversity around us,n we all know..that when need arises...we will be in the 1st line of defense protecting the victims, n they doing the same for us..
From THe MUMBAI..that has been a beacon of hope for all those who came here..it has turned into a battlefield...A LAND OF HORROR N TERROR...for what..all these fights n deaths...?
who is the winner?
the survivors?...or the ones gone..never to come back to tell the tale..
nothing is ever proved like this..real test of strength is when u come out of the negative mould,n bring out this city from the depths of darkness it has sunk into..
rather than be a tainted name in the pages of history..istn it better to build up the city to greatness..with our limited infrastructure,area, funds..et al.
I dont think we need petty issues to fight on..
if we were all to team up..we can combat global warming..
aferall..y not unite..n built a submarine with each one's expertise...rather than ending up dead...just because..we were too busy to co operate even to save our own lives..
Trust me...if u actually c, no's outa agenda's to wrk upon..
If even a single political party were to realize this..n wrk for the sustainable development with all its components in tandem n intact..it would rise to pinnacles of success..without doubt!!!
LIKE A GREAT PERSONALITY ONCE SAID..
ITs the PEOPLE that make a great CITY...n not the city that makes people..
Its upon..us..
Email Post

arpit said…
hey nice post i really appreciate ur thoughts we need persons like u in millions and trillions to have the change we aspire for. i too hv similar kinda post

Tangerine said…
I do agree with what you said in here. 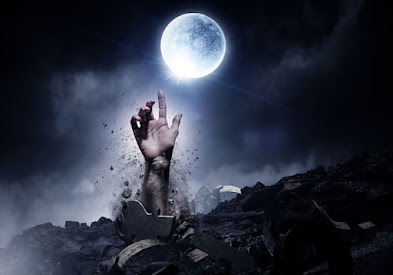